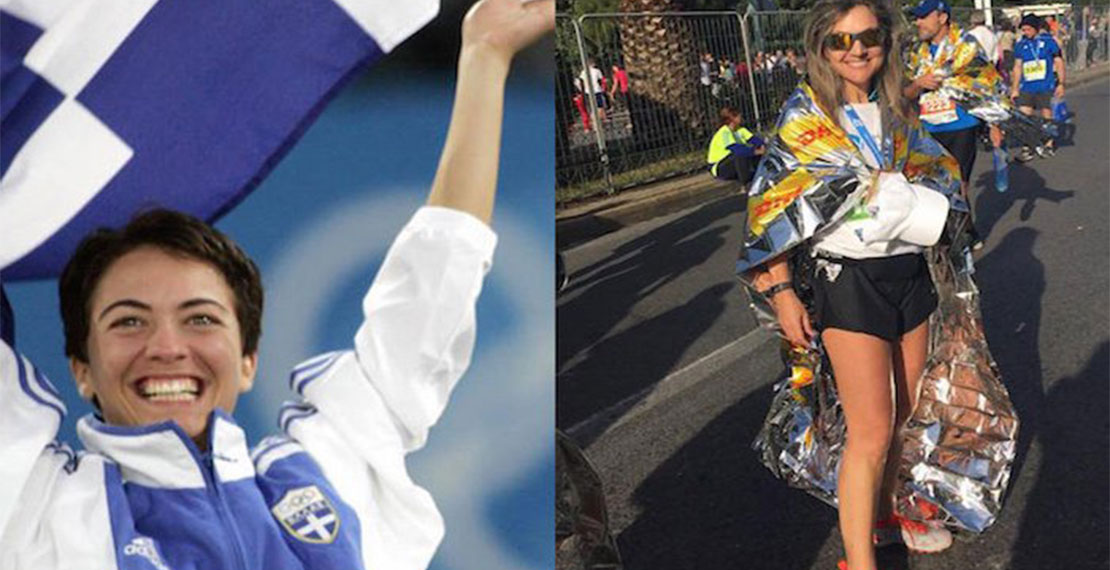 The New York marathon is right around the corner. People from around the world will flock the streets of the United States’ biggest city in ten days. Among those who will attempt to reach the finish line are two Greeks running for a good cause.

Athanasia Tsoumeleka, a Greek Olympic Gold Medalist in the 2004 Athens Olympics for race walking, will be running this year’s marathon on Sunday, November 1. Tsoumeleka will not be alone as she will be joined by her friend Mary Liarou, a financial analyst for a Greek aluminium company.

The two women exercise in the same gym in Athens Greece. Liarou, who also participated in the Athens 2014 marathon, explained that she is taking part in the New york marathon as part of the Make A Wish Greece campaign that is trying to raise money for children suffering grave illnesses with the goal of fulfilling one of their wishes.

“I am running for the children living in tough times with a lot of dangers and threats and I want to tell them ‘Nothing is impossible when there is faith. Faith in life, faith in hope, faith in the battle, faith for the better’. Have Faith and Make A Wish and then everything is possible,” she said.

Tsoumeleka noted how this marathon is a considered the chance of a lifetime for many people and she is happy to be running it. The marathon however, will give the Greek athlete another opportunity to meet some of the people who have supported throughout the years.

“Following 2004 I always had on my mind a meeting with the diaspora there, as the messages I received were beyond moving and honoring,” Tsoumeleka added.

Although marathons take place in destinations all over the world throughout the year, New York’s is among the most well known and as of 2014 the world’s largest in terms of the number of people who completed the race, with 50,564 crossing the finishing line last year.

“I am running in New York with Mary for the beginning and the finishing line. It is such an intense feeling that if you do not experience it, you cannot understand” Tsoumeleka said.

Liarou called Tsoumeleka a shining Olympic example who helps to get the best out of everybody.

“A marathon does not end without the use of the brain and the soul that must overcome the distress signals of the body. The marathon for me is a clash between the body and the soul,” Liarou noted.